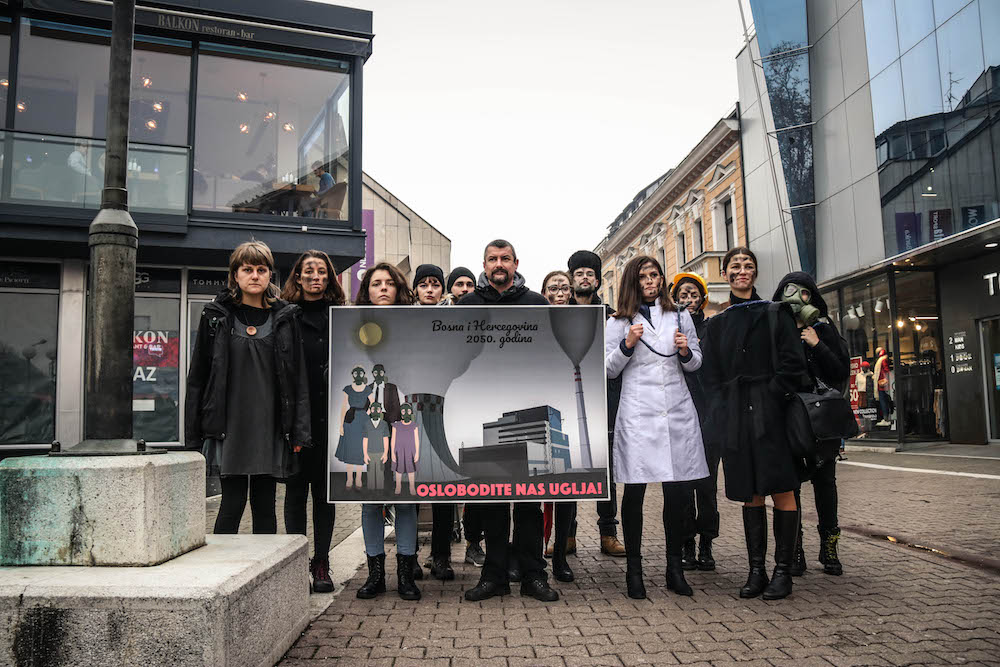 Today in Banja Luka activists from Center for Environment organised a public action to bring attention to excessive emissions of greenhouse gasses as well as other pollutants from fossil fuel combustion. Disguised activists moved through Gospodska street with symbolic bags of coal on their backs, to symbolize the burden of carbon dioxide emission and pollutants that affects all categories of society.

This way Center for Environment warned about the climate and environmental crisis, main topic of the United Nations Climate Change Conference 2019 (COP25) which ends today in Madrid. 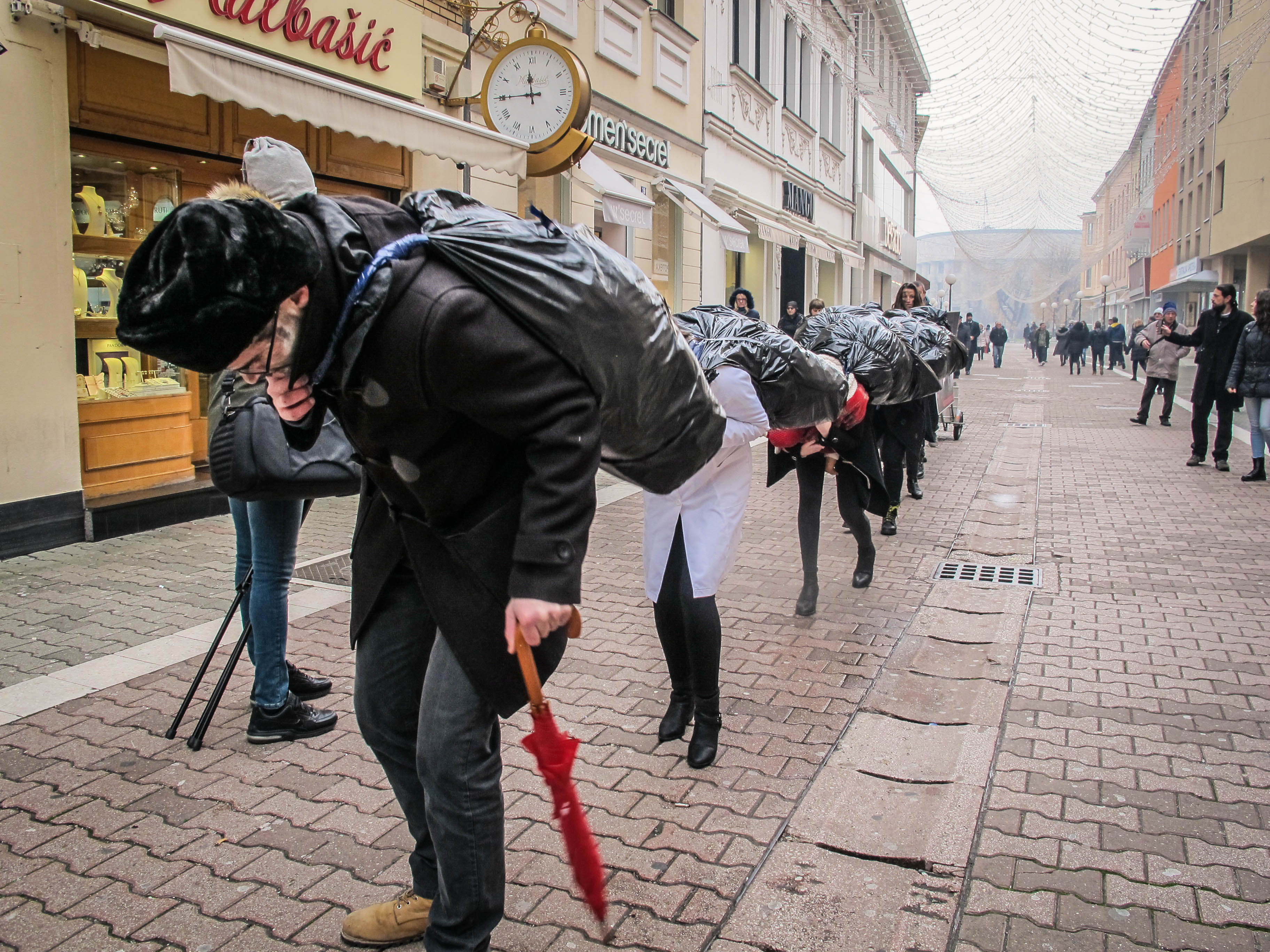 At this conference, Bosnia and Herzegovina, along with Slovenia, received the sarcastic title of “Fossil of the Day.” This title is traditionally given by the Climate Action Network (CAN) throughout climate summits, in order to expose and shame countries hampering progress towards urgent climate action. Bosnia and Herzegovina has earned the title due to its authorities’ plans to realize a harmful project of a new coal-fired power plant Tuzla 7 and willingness of a bank consortium led by the Slovenian NLB bank to finance a part of investments.

“Global actions related to climate and environmental crisis have also been transposed to the local level, because measures to reduce emissions and adaptation to the climate crisis are being implemented very slowly. The energy sector is the largest source of harmful pollutants and greenhouse gasses in our country but our energy strategy for the next 15 years doesn’t even mention decarbonization in its scenarios,” said Majda Ibraković, an assistant in the Energy and Climate Change program in Center for Environment. 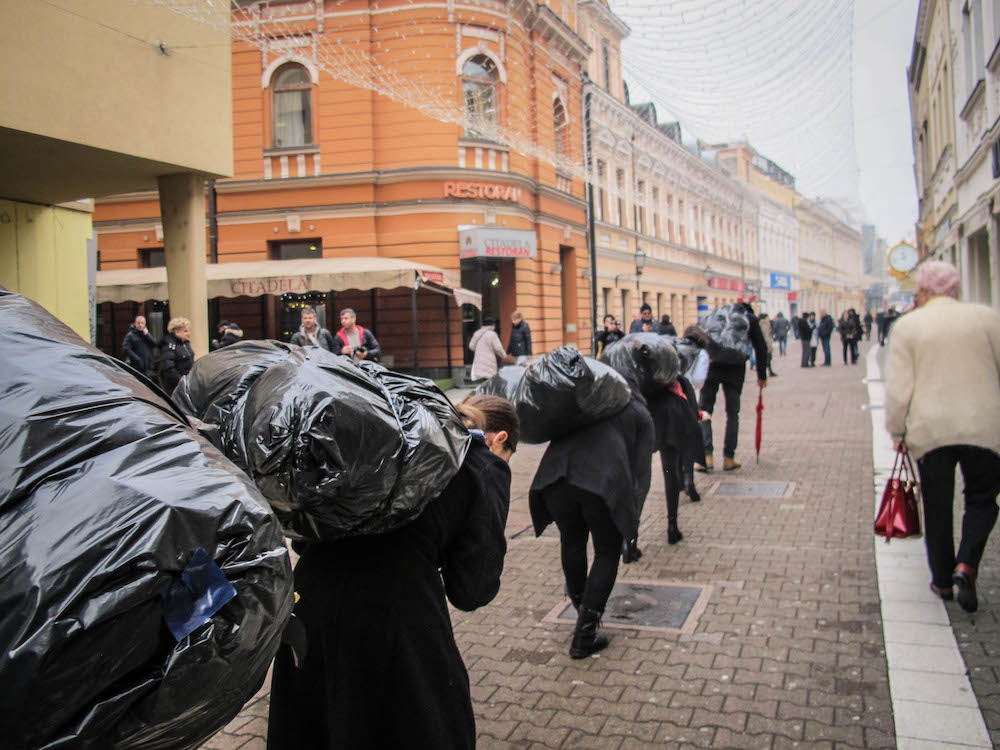 She points out that the current circumstances and developments at this year’s COP25 summit don’t give much hope that countries have taken their tasks seriously in the process of decarbonisation and raising of climate ambition.

“We must immediately start from currently empty letters on the paper of our strategic documents and react in the direction of stimulating renewable energy sources, strengthening low-carbon urban development, improving public transport in urban areas, abolishing coal subsidies and continuing to increase BiH’s capacity to prevent and respond to climate disasters,” said Majda Ibraković.

This year’s United Nations Conference on Climate Change 2019 began on December 2 with the slogan “Time for action is now” with representatives from 196 countries. The task of COP25 is to reaffirm commitment to the goals of the UN Convention on Climate Change and the implementation of the Paris Agreement (to which Bosnia and Herzegovina is a signatory) and to increase ambitions for reducing greenhouse gas emissions. 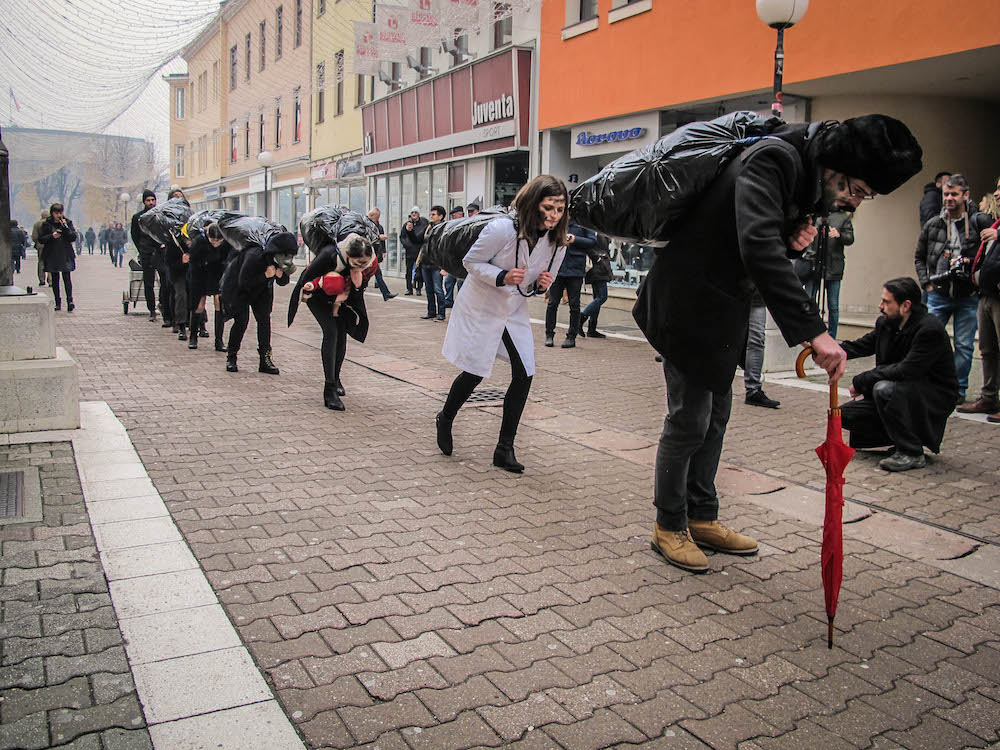 When talking about Bosnia and Herzegovina, data from the European Environment Agency on the production of carbon dioxide per capita for BiH is as much as 7.8 tons, which is the largest emission in the region and ranks our country in the top 50 countries in the world, almost in the rank of China, Poland and Germany.

Bosnia and Herzegovina is currently preparing its National Energy and Climate Plan for the period 2021 – 2030, which should define our country’s priorities, that ought to bring an increase in the use of renewable energy sources in total energy consumption, energy efficiency as well as a reduction of greenhouse gas emissions.

“Climate change and all that it brings has very significant consequences for BiH. Extreme droughts and floods, which used to be once in a hundred years events, are becoming more and more frequent under the influence of climate change. In addition to the need to anticipate and adapt to the physical consequences, we must also take into account the changes that are taking place on the international political and economic scene. These changes imply an increasingly hostile economic environment for fossil fuels, such as the charging of carbon dioxide emissions, or the refusal of all major world banks, especially EU banks, to finance coal-fired power plants. However, the good consequence is that renewables are becoming more efficient, more diverse and cheaper, and they bring with them new jobs and second chances for workers and economies of the world, including Bosnia and Herzegovina” concluded Igor Kalaba, Assistant in Energy and Climate Change program.