The Center for Environment (CfE), together with the Coalition for Sana, which consists of 23 associations from the Sana River Basin, from 2009 to 2018 fought against the construction of the small hydropower plant (sHPP) “Medna” in the upper course of the Sana River.

Banjaluka-based investor “LSB Elektrane” Ltd. started the construction of sHPP “Medna” on Sana river sources, despite the fact that the Spatial Plan of Republika Srpska envisages the upper flow of Sana river as a nature park and the Sana river sources under strict protection regime, due to the natural and environmental values.

The Government of the Republika Srpska has adopted the Decree on the classification of waters and categorization of watercourses, which puts the Sana river in the first category, in which there are only two rivers left in RS. The Institute for the Protection of the Cultural, Historical and Natural Heritage of the RS submitted an expert opinion with ten reasons why no hydropower plant should be built on Sana’s sources.

It is important to note that from the very beginning, the local population eagerly opposed the construction of this hydropower plant. The municipality of Ribnik, on whose territory the sources of the Sana river are located, has come up with a decision opposing the construction of the sHPP “Medna”.

Unfortunately, the competent institutions, and above all the Inspectorate of the Republika Srpska, did not react and stopped further illegal destruction of the Sana river.

The Coalition for Sana has produced a “Feasibility Study for the Community by Building a sHPP “Medna” on Sana River Springs” by an economic expert which shows exactly what the Coalition has been talking about for years – the sHPP “Medna” is of benefit to individuals only. The functioning of the plant has a negative financial effect on the budget of the municipality and the Republika Srpska in the amount of 1.055.988,00 BAM. The conclusion is that the sHPP “Medna” from the financial aspect has extremely negative effects on the community.

Despite a lengthy legal battle and numerous arguments, the sHPP “Medna” was nonetheless put into operation in 2018.

But the fight for Sana river is also a fight for the future of this country and our descendants, and the associations assembled in the Coalition for Sana, led by the CfE, do not give up its continuous protection. 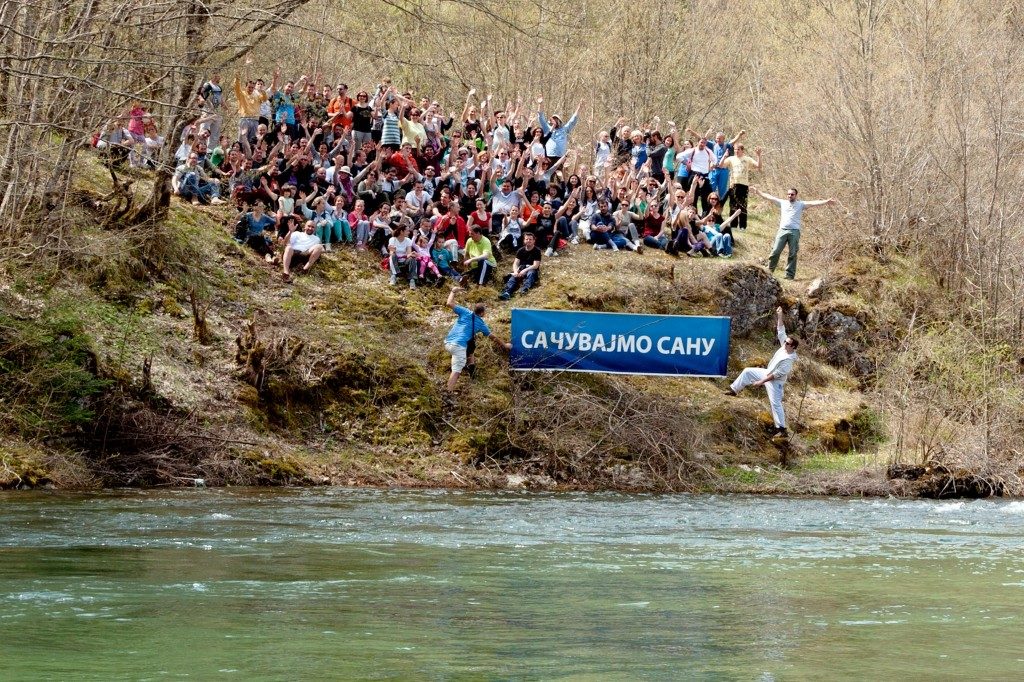 In April 2019, the Ministry of Spacial Planning, Construction and Ecology of Republika Srpska accepted the initiatives for initiating the procedure for declaring protected areas on the Sana river, which the CfE resubmitted in January 2019. These are two initiatives related to the designation of the protected area as the “Source of the Sana river with the Mračaj abyss” and the “Protected area of ​​the Prizren Grad canyon”.

“Although did the sHPP Medna disrupt the environment of the entire upper course of the Sana river and changed the conditions for the protection and proclamation of the Upper Sana Nature Park, new initiatives from the CfE are important to preserve and place the remaining natural values ​​of this area under the State protection.” The Institute is ready for this task and we are happy to have the opportunity to work on the protection of such beautiful river, which certainly deserves it”, Dragan Kovačević, Head of the Department for Natural Heritage at the Institute for the Protection of Cultural, Historical and Natural Heritage of the Republic of Srpska

In order to produce a high-quality Sana River Conservation Study, in the summer of 2018, the CfE hired a group of biologists to explore the area in greater detail.

“The results we got show that this area is unique and that it is inhabited by a large number of important plant and animal species. The results of the research provide data for as many as 304 species, and among them there are many for which there were no data from this area so far. It is important to note that there is also a gray falcon habitat in Prizren Grad Canyon”, Iva Miljević, Sana River Research Coordinator, Center for Environment 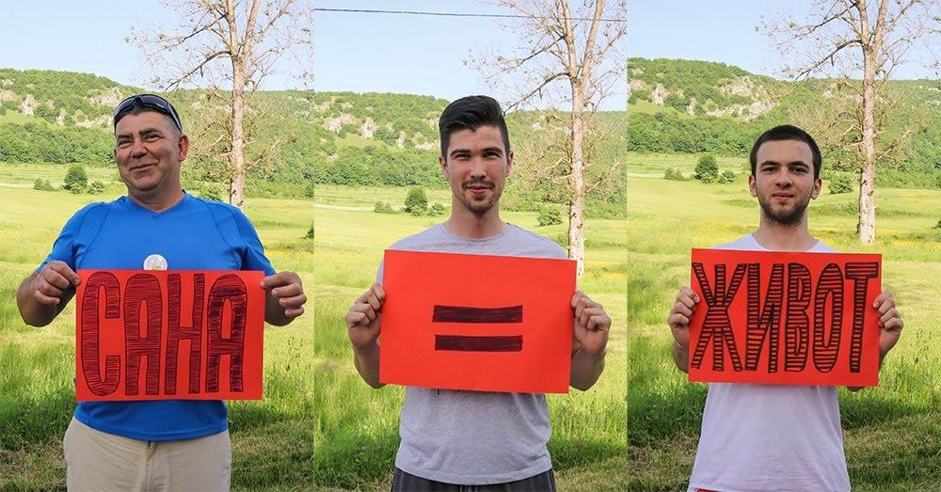 The Coalition for Protection of Sana