The Coalition to Protect Bosnia and Herzegovina’s Rivers supports Kruščica

The Coalition to Protect Bosnia and Herzegovina’s Rivers is supporting members of the local community by joining them in their fight against building a small hydropower plant in Kruščica. For over a month the local community has been peacefully gathering near construction site. At noon on Saturday the hosts warmly welcomed eco activists to their prostest sites, which where addressed by members of the Coalition and other guests:

Haris Hurem, Kruščica local community member said: ”Hydropower plants will not be built on this river. By hiring an attorney we are bringing this fight to the next level. Looking through the existing documentation the attorney has noticed a number of irregularities in the procedures conducted, and that is our hope. We soon expect a court ban to be issued on the building of these small hydropower plants so that these tired people can go back to their homes and everyday obligations.” 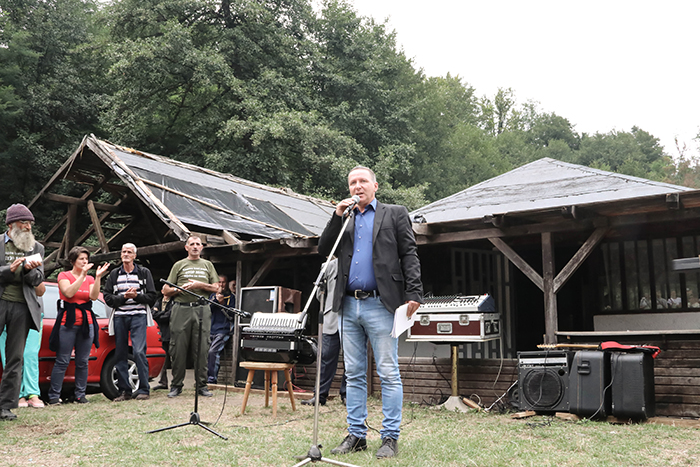 Zdeno Miličević, Ecological-humanitarian Association Gotuša: ”Bosnia and Herzegovina is water rich and we are fighting for “white oil”. We can survive without oil but we can’t survive without water. We have been by your side since day one. We came here now to give you support and we will come again whenever necessary. What we want to say is: don’t give up and don’t lose hope. Don’t give up this treasure. We have to leave it to our future generations.” 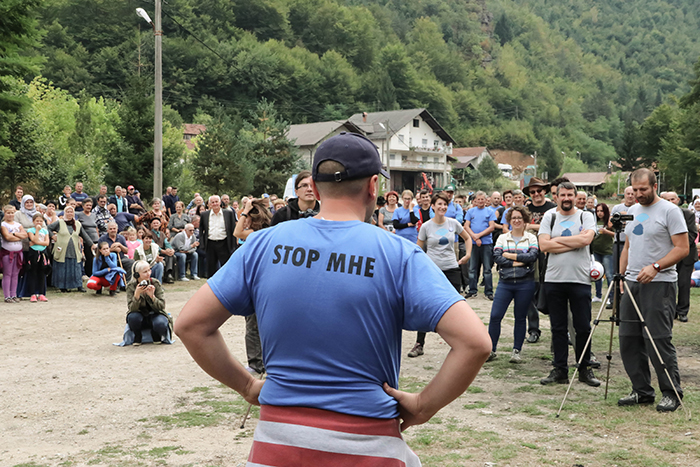 Brave Kruščica women are an example of dedication in this fight for nature. After the police brutality they have experienced they didn’t get scared and back down, but were even more determined in their fight. More and more people are joining in. But they were expecting more citizens of Zenica and Vitez since they are drinking water from Kruščica as well. But still, it is not to late to join and massively support what they’re doing. The fight is still ongoing and it will last until final victory. 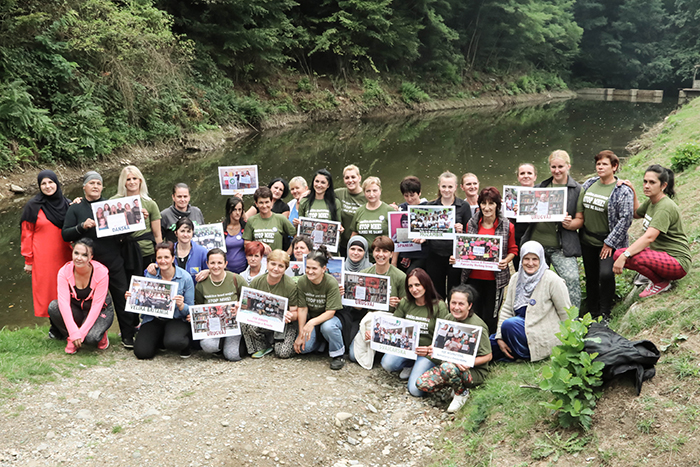 Viktor Bjelić in the name of the Coalition stated: “We promised we’d help you and we did. We informed OSCE, UNDP and EU delegation of events that happened in Kruščica. We looked for support from the whole world through our partner organisations and we got it. Everybody is supporting us.” He ended his speech with the slogan: “Robbery is not going to happen, we are not giving up our rivers.” 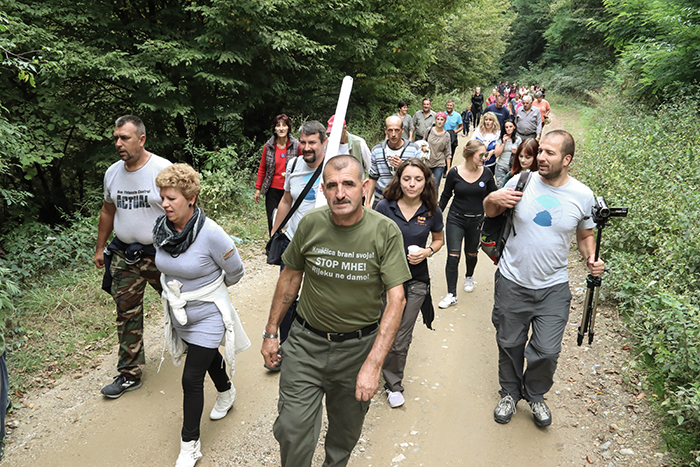 After these words of encouragement  the protest procession went to the place where the building has begun. Bosnia and Herzegovina has showed it’s strength on Saturday – united and brave people who are fighting for nature preservation. Representatives of WWF Adria were present as well. And the support to women of Kruščica was also given by organisations Arnika from Czech Republic, Riverwatch, and many members of Friends of the Earth International.