Recultivation happening only in paper 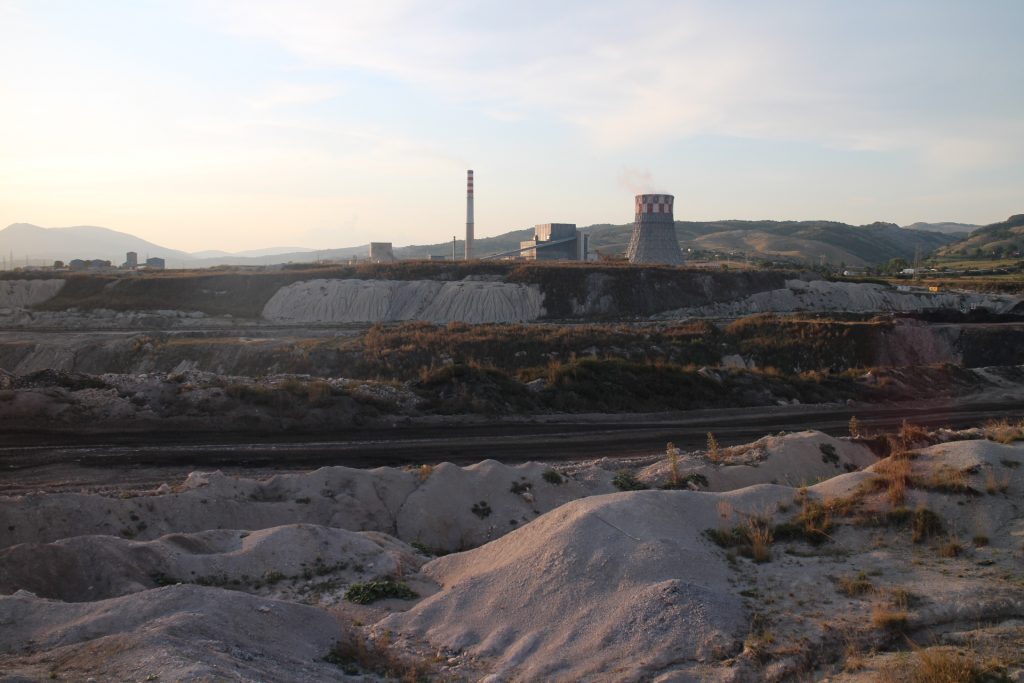 Mine and Thermal Power plant Gacko has done nothing in the previous 5 years to recultivate and conserve the environment. During that time, millions of tonnes of soil, tailings and coal have been dug up, while the mine pit at the edge of the city is getting even bigger. The company leaders seldom speak out, but whenever a question about public interest arises, they ignore it completely.
The main mining project states that a minimum of 500 thousand BAM are to be invested in recultivation every year since 2016. Today, that would be over a million and a half.

The projects are not binding

Actually, instead of improving, the situation has turned backwards during recent years.
It is estimated that around 10 hectares of recultivated land is buried in tailings. The damage would have been even worse if it wasn’t for the inefficient work of the first BTO system, which is the main culprit for degrading the recultivated land.

,,The projects are ordered, they are neither objective nor independent, and also are not obliging. We can keep lying ourselves, but we are all together at loss”, said one of the engineers with several decades of service in the mine and plant. He also states that it lacks a detailed and strategic approach to recultivation, which now relies on personal enthusiasm.
,,Only things that must be done are actually done. Somewhere that would be a lot, but here it’s very little. Soil management doesn’t exist. It’s just shoved to the edges of the work zone; there is no landfill where it is stored. A lot of it is spilled but that doesn’t seem to be a problem for anyone. A recultivation plan exists, but since 2014 nothing has been done. That’s why it’s absurd to talk about it. Knowledge isn’t needed here”, said our respondent, who wished to remain anonymous in order to avoid unpleasant situations.

This attitude of the employees isn’t surprising when we know that the management of the mine and power plant are closed to the media for a long period of time, as their questions are obviously unwelcome. 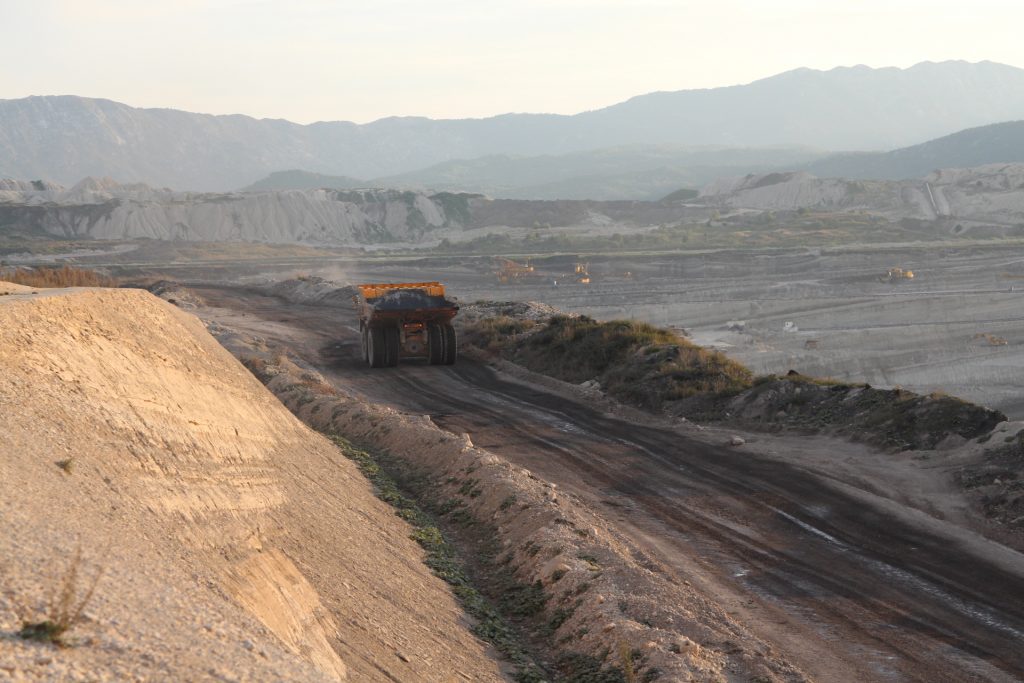 The information that comes out of this company is controlled and reassuring, in spite of the company being in a financial and organisational crisis.

Even business information, which must be open to the public, is being withheld. The quarterly financial reports haven’t been published for this year. The latest available business report from 2018 states that the obligations for 2018 were 15.1 million marks larger than the profit, and all business was dependant of “continuous financial support from the parent company”, meaning ERS.

Twice we have asked what was done on the recultivation and conservation plan, as well as requested a competent respondent. Nonetheless, we were left without an answer. But, it’s not only the media that this company is ignoring.

The Regulatory committee for energy RS has demanded a number of measures that the company must apply in order to fulfil the conditions from their license to produce electrical energy, but they were also left without a reaction.

Among other things, it was requested that in one month, a screen that would continuously show the air quality, would be made. Also, the Committee obliged the company to submit reports on the recultivation plans from 2016. The screens were not mounted, and if the reports were sent, they must have been empty papers because there has been no recultivation. 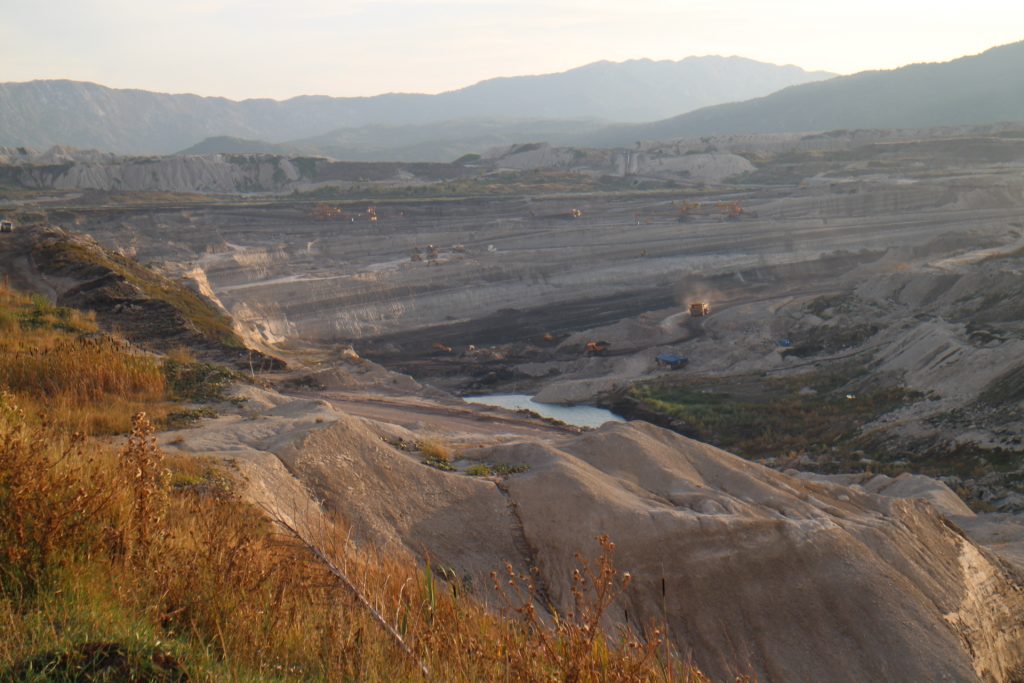 At the moment, tailing disposal is done on an outside landfill, which is divided in to its east and west part. While the east part has never been recultivated, the west had been, partially. On an area of several hectares, once upon a time a layer of soil has been placed, and on it planted grass, bushes and trees. In the meantime, in 2015, the Main mining project was done, which didn’t acknowledge the old one, so it changed the coordinates of the landfill.
,,Was that done on someone’s order, I really don’t know, but now they are allowed to bury the recultivated areas and cause damage that cannot be measured in money. Soil is treasure, and with this it has been thrown away”, said another of our respondents. He also adds that, minding the state of this landfill, it’s hard to believe it can ever be fixed. But it could have been managed, filled, and brought to an even better state than nature made it”.

When it comes to ash disposal, that project was made two decades ago, and was written by leading experts from that field, said our respondent, who is familiar with this process.
“It’s actually working well. It could be even better, but when everything around it is falling apart, it would be absurd to insist perfection in one segment. The ash disposal system is long and well planned. The problems arouse with the upper coal layers which contain more impurities, silicates to be exact. The ash given by burning that coal has a larger mass than usual, which causes trouble with the pneumatic cassette transport”, he explains, and also says that the problem is lack of long term planning, or laws that would define the company’s management. Everything is done to last a day or until the elections.

,,The water purifying system was never finalised, even though around 10 million BAM were spent on it. The nontransparent process was probably the main culprit for this not happening, even though the polluted water coming from the plant is the reason there is no wildlife downriver from Gacko mine and power plant”  concluded our respondent.
Too top all that, even the easiest part wasn’t done, and that is a protective zone that would isolate the town from the mine dust. There isn’t even a sprinkler system which would help settle the dust during the summer.
,,A lot of things could be done if there was willpower to work for the common good” says our respondent.

,,A positive future of this company could be accomplished with long term and complex planning of a large number of competent experts. That would revive the company and help everyone. Now we don’t have that situation. Our business has come to surviving from month to month” he says.
While surviving, recultivation and conservation are seen as an unnecessary cost. That’s why the environment is irreversibly destroyed and the populations’ health endangered.

Note: This article is part of a series written in cooperation of the Centre for Environment and portal Direkt. The series connects investigating journalism with the work of the Centre for Environment, on transforming the electro energetic system of Bosnia and Herzegovina, with the cooperation of many partner organisations from the West Balkans, Europe and the world. The articles are one of the many contributions of the “Stop dirty energy campaign, because the future is renewable”, which has the goal of raising awareness of the public, experts, government institutions and other social circles, of the concerning state of our environment and unsustainable existing energy systems in Bosnia and Herzegovina. The opinions and demands of this campaign towards the institutions in B&H:
*We expect institutions to finally begin to honour their international obligations in the fields of energy and environment preservation.
*We are requesting that, in economic assessments of future energy production projects, the true prices of using energy resources are displayed (including the damage done to the citizens health as well as the environment) while deciding on new projects.
*To cease all plans on constructing new thermal power plants, but turn to energy efficiency and renewable energy sources, abiding the principles of fair transition.