On the biggest event on the water in Europe – regatta on the river Drina, Center for Environment organized an action dedicated to the protection of this river and life in it.

About 20,000 people took to boats, rafts and traditional wooden floats and went down this beautiful river. At this year’s event, NGOs in cooperation with angling (fishing) associations protested against hydropower plans which treathen Balkan rivers.

The Drina is the most important lifeline for the Huchen (Hucho hucho) – a globally threatened fish species, which can grow up to 1.5 m in length and is particularly vulnerable to dam construction. Nevertheless, the Drina is at risk from nine planned dams, including the large Buk Bijela project. 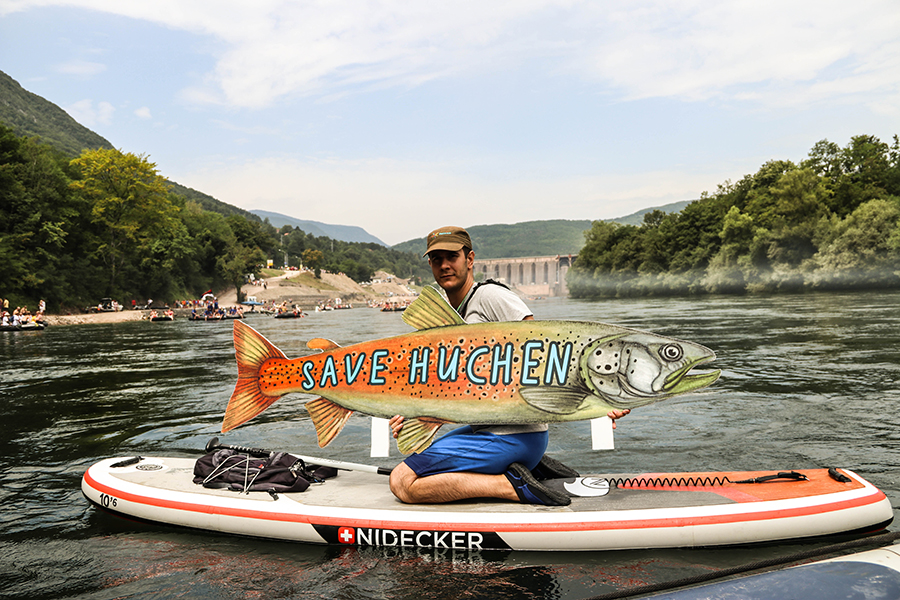 “With this action we were showing to the participants of Drina regatta as well as the wider public how hydropower development is putting our rivers at risk and why it is crucial to preserve the river Drina, the most important hotspot for the Huchen,” says Jelena Ivanić from the Center for Environment, main organizer of protest activity and Blue Heart partner.

The slogan “Čuvajmo Drinu, zaustavimo brane!” („Save the Drina, stop the dams“) was floating down the river during the regatta. Additionally, a big Huchen dummy got the attention of the participants. 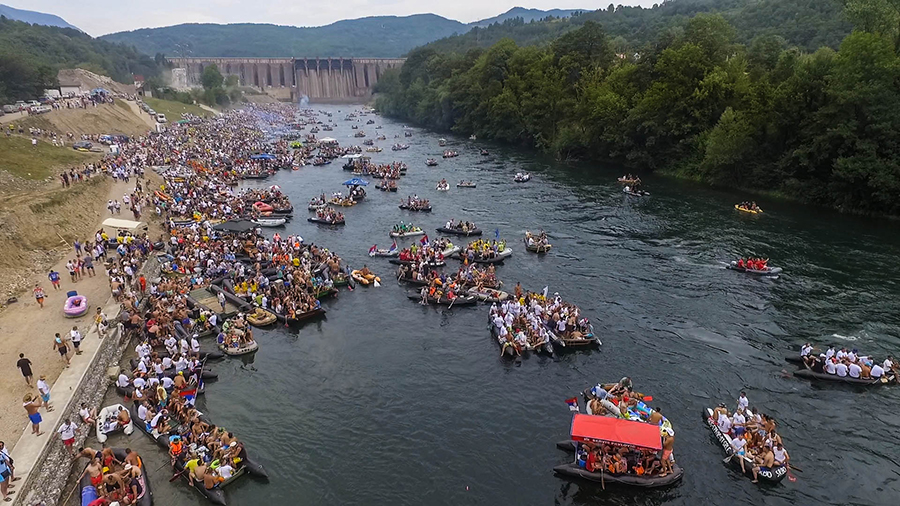 “With the Save the Blue Heart of Europe campaign, we fight to save the rivers in the Balkans for the benefit of species like the Huchen, but also for the benefit of people. 20,000 participants at the event prove how attractive free river are to people. Try having a river regatta on a dam lake!” says Ulrich Eichelmann, coordinator of the Blue Heart campaign at Riverwatch.

The action was organized by Center for Environment and other NGOs from Bosnia & Herzegovina, with union for outdoor sports Green Bear from Bajina Bašta and United anglers association from Serbia with the support of international environmental groups, including Riverwatch and outdoor outfitter Patagonia.